After the rain and wind yesterday we were glad to awake this morning to clear blue skies and sunshine. Just right for another trip into the countryside and - you guessed it - more photos!

We didn’t go quite so far today, just about eight miles or so outside Bristol into the Chew Valley. We took a pleasant walk through the fields around the village of Chew Magna and stopped at an even smaller village called Stanton Drew to take in the standing stones. 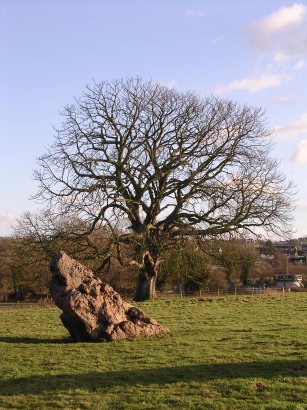 The place must have been an important site around five thousand years back (give or take a few centuries). There are three circles and a variety of other arrangements in the area and a geophysical survey by English Heritage has shown that the megaliths were only one part of a larger complex including a surrounding henge and over four hundred pits - Stanton Drew was an important place rivaling Avebury in size. (Later addition: there’s a full Geophysical survey report conducted in 2009 available in PDF.) 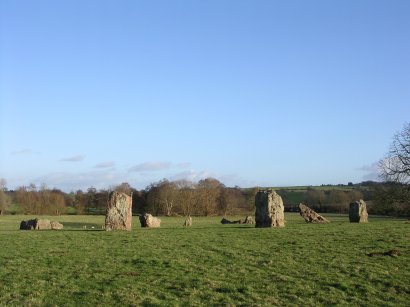 Now cows graze among the stones. Although we don’t really know what the circles were used for they have the atmosphere of a sacred place, like a great church or a tomb, and they are commonly thought to have been part of the ritual life of the stone-age people of Britain. People bring their own interpretations. I always find myself wondering what will remain of our culture in five millennia and who will wander among the remains, what they’ll make of us.