From Lake Tekapo we backtracked south through the Mackenzie Basin, over the Lindis Pass and then on to Queenstown on the shores on Lake Wakatipu. This is one of New Zealand’s most famous resort towns and as a major base for adventure sports, sight-seeing and winter sports it’s popular both in the summer and winter and almost permanently busy. The approaching roads are clogged with coaches, crowds of people stop only for a few hours and an awful lot of construction lends the place the half-finished air that many expanding resorts seem to have. Consequently, Queenstown isn’t as beautiful as the stunning mountain-lined lake that forms its backdrop. 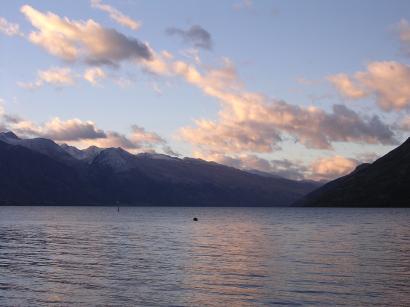 Perhaps I’m being a little harsh, we didn’t spend much time there at all. Queenstown is popular with those looking for a bit of nightlife, and it’s a handy base if you don’t have the luxury of time. Day trips to all sorts of places can be arranged there - many people do a day trip to Milford Sound from Queenstown but, as this means four hours each way on the coach, I’d recommend heading to Te Anau if you have the time. Right on the edge of the Fiordland National Park, Te Anau is a quieter and less brash base for many of the activities there. Not to mention being quite scenic in it’s own right. And cheaper, too. 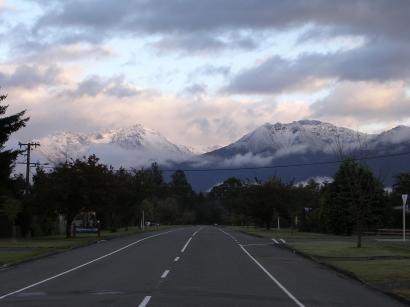 We spent three days at Te Anau with the aims of a trip to Milford Sound, a day on the Kepler Track (we don’t have the necessary gear for multi-day tramping), and a day spent with our feet up. We managed to do all three, with varying degrees of success. The weather held up for an excellent trip to Milford Sound – more on which to come in another entry. The second day started well when we got the morning boat over the lake to the foot of Mount Luxmore with a plan to hike up as far as the first hut on the Kepler Track before turning around and walking back into Te Anau. 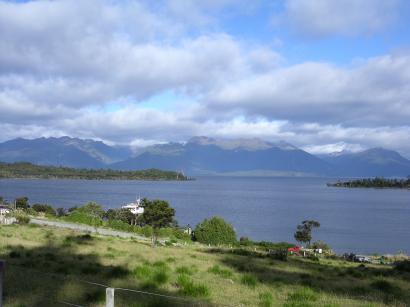 We made it as far as the treeline, where we were defeated by high winds and decided to turn around early as condtions were worsening and we didn’t fancy being stuck any higher on the mountainside. As we descended back through the forest the rain set in, and by the time we reached the first signs of civilisation a few hours later we were completely drenched. Still, even in the rain the forest holds some great sights. 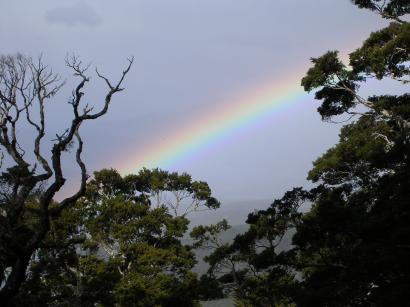 At least the long hike and the soaking meant that we really appreciated the next day when we sat around and did really very little indeed. Nice.