Our initial plan had been to head to Mount Cook from Wanaka - we’d had such bad luck with the weather in Franz Josef we thought we might try the mountains once more. As it happened, all the accommodation within our price range was booked, so we decided to visit Lake Tekapo instead.

From Wanaka we followed the same route we would have had we been heading for Mount Cook. A short hop west to a tiny little place called Tarras, which is little more than a shop and a cafe, then north along State Highway 8 and over the Lindis Pass, down to Twizel then a hard right for Lake Tekapo, which lies somewhere in the Mackenzie Basin en route to Christchurch. 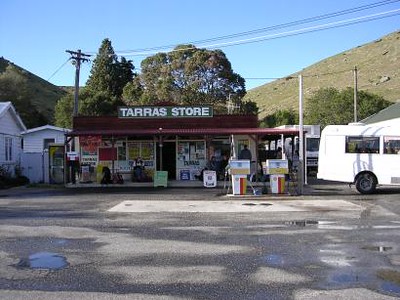 Neither of us really knew what to expect from the journey, but it turned out that the Lindis Pass particularly beautiful in a sort of desolate and remote way. I found myself half expecting to see the Riders of Rohan galloping over the hills in search of some Uruk Hai to slaughter. 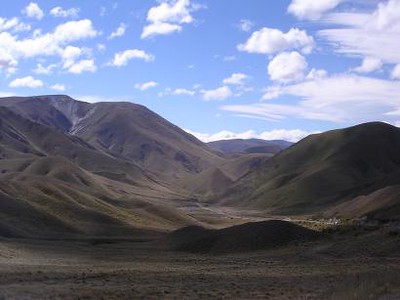 The Mackenzie Basin looks a barren and empty land but it is in some ways a large engineering project. Most of the lakes and rivers are linked into a hydroelectic power scheme by vast canals which mostly remain invisible from the road. Every so often the supporting walls become visible, and the extent to which humanity has marked this area becomes apparent. 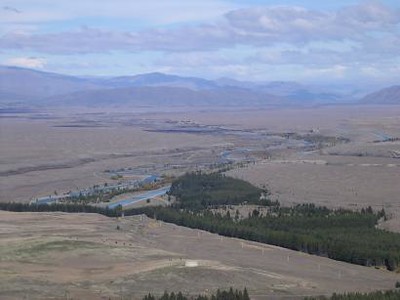 As it turned out, the lack of accommodation on Mount Cook was fortuitous - Lake Tekapo was fantastic. The eponymous town is a small ribbon of buildings on the edge of the lake itself. The water is a striking turquoise colour, so garish it resembles a badly touched-up seventies postcard. The colouration is caused (so I am told) by the fine dust washed down from the glaciers at the sources of its tributory rivers. 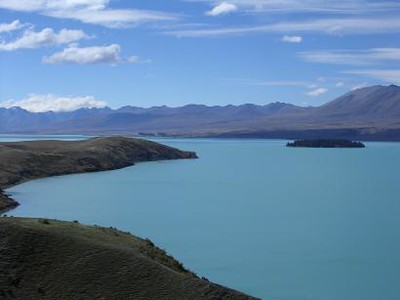 Most people stop to take a few photos of the bright waters and the picturesque Church of the Good Shepherd on the edge of town. However the area deserves at least a day or two to explore properly and the lack of overnight stayers means that you can walk through the forests and hills surrounding the lake and meet pleasurably few others. 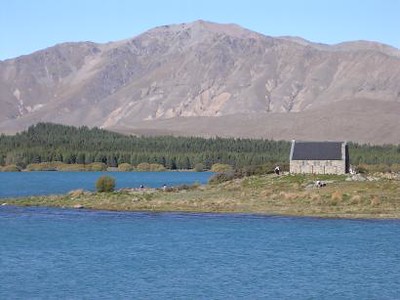 The views from the top of nearby Mount John are well worth the hike to the top, and there’s a track down the far side which does a long loop away from town and then back along the shores of the lake that makes for a great hour or two. The views towards the mountains just make you want to carry on walking and really get away from it all. 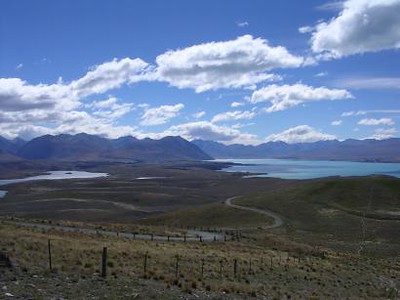 We only spent two nights at Lake Tekapo; you could certainly spend at least twice that and probably more if you had a car. It’s perhaps not the sort of place you’d enjoy if you like to party every night, but it the peace and quiet is great and the clear nights mean the stars are particularly bright and clear (the altitude helps here, too).