From Franz Josef, we headed directly for Wanaka. This entailed a long bus journey south down the west coast and then across the Southern Alps over the Haast Pass. The journey itself is worth a few notes as we passed through some spectacular country on the way. We got a brief glimpse of the Fox Glacier and saw some beautiful coastline before turing inland at Haast up the river valley to the pass. 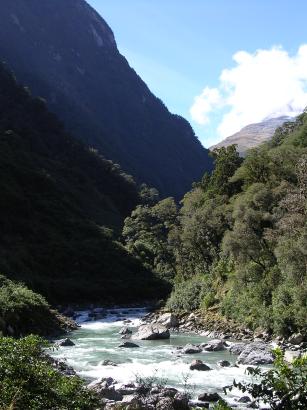 The road over the Haast Pass has only been sealed all the way through since 1995. The area feels remote and sparsly populated even now, it must have really felt a long way from anywhere before the roads were completed. After we crossed the mountains, we headed down towards lakes Wanaka and Hawea via a tiny place called Makaroa, and got our first taste of the spectacular views of New Zeland’s lake country. 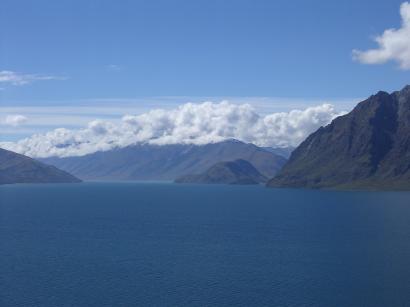 Wanaka itself proved to be a pleasant little town, just as we’d been told by various people. We caught it at a good time as it wasn’t too busy - a peaceful lull in between the summer crowds and the skiers and snowboarders of winter. We spent an enjoyable few days walking the shores of the lake, eating in good restaurants (of which there a several) and generally relaxing. 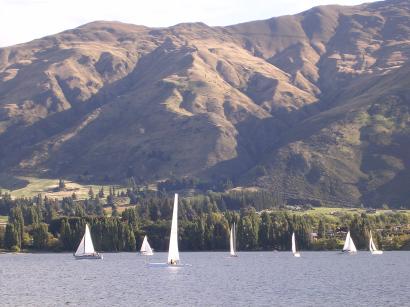 We did a good walk up Mount Iron, just outside the town to the south, from where there are some great views over the lakes towards the Southern Alps and the rest of the surrounding country. 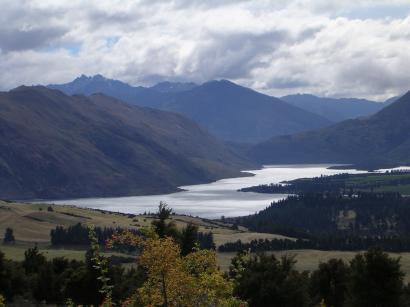 At the foot of Mount Iron, about twenty minutes walk out of town, is an attraction called Stuart Landsborough’s Puzzling World. This started life in the 1970s as a wooden multi-level maze and has since proven so popular that it’s been expanded to include a variety of brain twisting attractions including false perspective rooms, a gallery of holograms and a room where all the visual cues for horizontal and vertical are wrong, which does some seriously strange things to your inner ear. This might sound a bit odd, but it is well worth a visit. 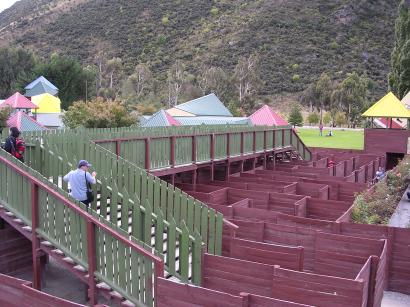 There’s lots more to do in Wanaka, too. All the usual adventure sports, water sports on the lake, climbing in the mountains, ski-ing and snowboarding in the winter, heli-biking… I could go on. But it’s also a nice place to chill out for a few days, which is what we liked most about it.