It was nice to be back in a city again, even if it was only for a day or two. Although New Zealand is a lovely place, it can sometimes be difficult to find a lot of goods and services as the population is spread so thin. Once you get away from the major urban areas, everything from bread to bandwidth swiftly becomes scarce and expensive.

We were a little sad that we didn’t budget another day or so in Chirstchurch as it seems, in the main, to be a friendly and attractive place. As we approached the city limits, our driver informed us that it is reputed to be perhaps the most “English” of New Zealand’s cities, and looking through the weeping willows at a punt approaching down the Avon, you might well be inclined to agree. 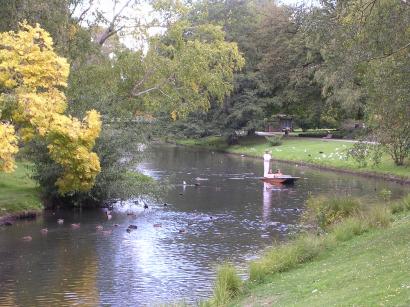 Of course, the city is more complex than that. We felt a more continental European feel in the city centre where tramlines run through pedestrian areas and for a few moments we were reminded of Amsterdam as we looked this way and that in our efforts not to get run over by one or other form of transport. 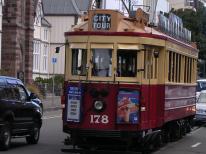 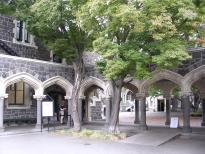 Athough some of the city’s architecture reminds one of Oxford or Cambridge and the roots of the place, other areas bring forth memories of, say, Melbourne, and even Paris. Unfortunately this effect quickly dissipates when you reach the edge of the older central areas where a depressingly familiar sprawl of carparks, malls and large roads takes over. But it’s a modern city so that’s to be expected, and I was just commenting about the lack of facilities elsewhere in the country I probably souldn’t be complaining. It’s just another reminder that you can rarely, if ever, have it all.

We enjoyed our brief stay, and would go back given the time to explore a bit more. But as I’ve said before, you don’t visit New Zealand to marvel at the country’s cities, so we weren’t too sorry to depart for Greymouth on the TranzAlpine. This is reputed to be one of the world’s great railway journeys - certainly one of New Zealand’s which has only a few, a fact we reminded of when the taxi driver, on the way to the station, asked which train we were getting - North or West.

The journey didn’t disappoint. Some might say that the views in winter would be more impressive, when the Southern Alps are covered in snow, but the summer has it’s own beauty and the occasionally desolate-looking mountains towered above us and remained suitably impressive. The journey begins by passing through various nondescript towns on the Canturbury plains before the mountains start to appear over the horizon and it all suddenly get a bit more picturesque. 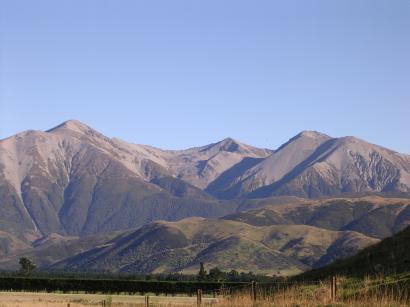 Alongside the spectacle of the mountians themselves, there are several impressive viaduct crossings and numerous tunnels, fast flowing rivers and glacier-carved valleys, and a brief stop at Arthur’s Pass where everyone gets off to take photographs of the station sign (Arthur’s Pass - tick, and a photo to prove it. Still, I took one, too). The territoty on the approach to the pass is said by some to be Moa country… 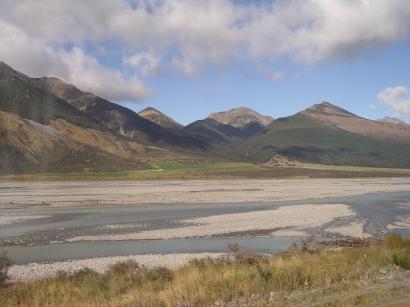 This came out during some of the running commentary provided by the train’s staff along the way, normally the usual mix of factoids covering local history, economy and mythology. We were particularly lucky, it seems, as there was a local character along on our trip who was allowed to provide some frontier anecdotes of his own. Particularly interesting were his claims to have been one of those who saw Moa in the area some years ago. Widely believed to be a hoax, these sightings by a local hotel owner and his friends were successful in boosting takings at said hotel for the following season. (He was even awarded an unofficial marketing prize by HANZ.) Still, as I like to think of myself as a bit of a fortean, I kept an open mind and my camera at the ready, but in the end had to be content with photos of the scenery, minus cryptids. 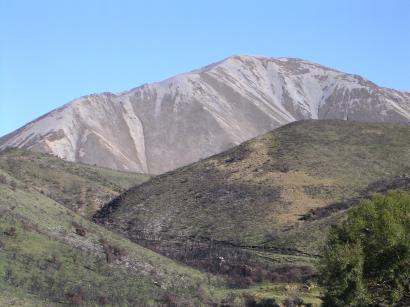