Kaikoura is famous for one thing - Whales. There’s a deep trench just offshore here which is a feeding ground for male Sperm Whales (particularly during the summer months) and as a bonus the coast is on the migratory routes of various other species, notably the Humpback and the Orca. Dolphins are also frequent visitors to the area and just to add icing to the cake, there are several seal colonies nearby - plenty to keep the visitors happy should the Whales proove to be shy. 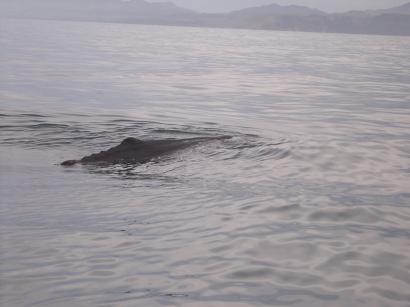 Not only is the area home to all this marine life, but it’s pretty spectacular too. The land rises quickly from the coast, so that on a clear day a range of snow-capped peaks forms an impressive horizon. The low vegetation and grey sands lend the place a wild, windblown aspect. Human impact is extensive, but blends well into the landscape - despite the volumes of tourists who pile through daily hoping to catch a glimpse of the Whales, Kaikoura retains a fairly untouched feel. 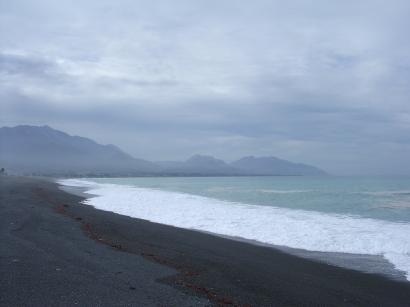 There seems to be only one company doing Whale watching boat trips (although you can also do areoplane and helicopter trips) - Whale Watch Kaikoura. But it’s got to be done, and it was worth it, all $110 per person. Although we didn’t see any Orca or any Humpbacks, we did see so many Dusky Dolphins that they filled the sea for what seemed like miles on each side of the boat. 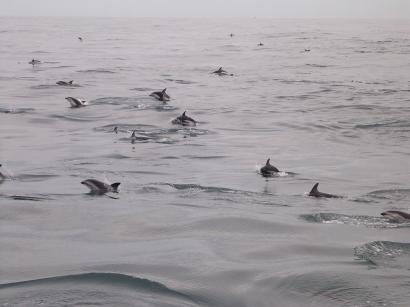 They were incredibly inquisitive, splashing and surfing in the wakeof the boats and coming right alongside. Amazingly gaceful, and so fast. 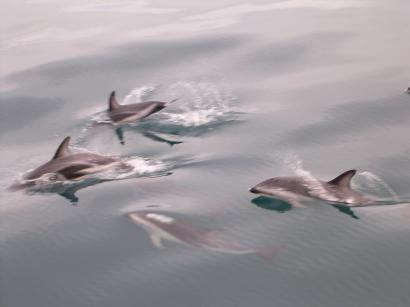 We also saw three Sperm Whales (actually, two of the sightings were of the same individual, some time apart). The boats are forbidden by law to get much closer than 15 metres, but we got great views of them venting and the classic tail in the air as they dive for the next hunt. 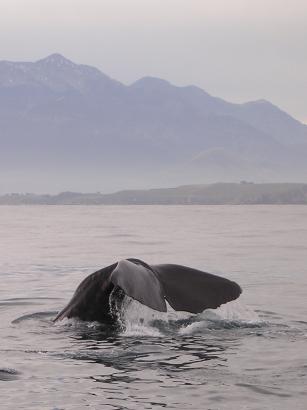 One thing that allegedly attracts the Sperm Whales to hunt in the Kaikoura Trench is the known presence of the Giant Squid, Architeuthis Dux, deep below (and what about the Colossal Squid, Mesonychoteuthis hamiltoni?). Althouh no live specimins have been sighted, they’re existence is known due to the sucker-marks found on Sperm Whales and because every so often a dead one is washed ashore.

Unfortunaltely we didn’t become the first recorded people to witness the surfacing of either the Giant or the Colossal Squids, but we did see some Albatrosses up close, as well as some seals. 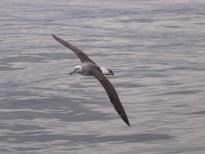 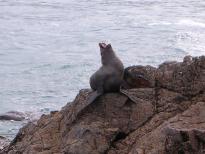 All in all, a good trip and a fine way to spend an afternoon. Nature, as always, provides some of the best entertainment available.