First impressions of Nelson weren’t favourable. We’d been led, by various and sundry folk, to believe that the city was a lovely place. Arriving on the InterCity Bus from Picton, we thought we’d driven into one large concrete industrial estate. However, first impressions are often wrong, and we found a few redeeming features - like the flowers in the Queen’s Garden - enough so that we enjoyed spending a couple of days here wandering around. 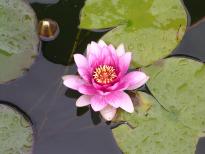 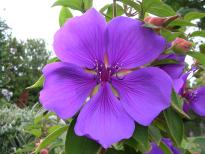 In a way, the cathedral sums up our experience of the city. From a distance it is a grey, modern-looking structure which might lead one to share the less than impressed opinon of whoever wrote the Nelson section of the Rough Guide to New Zealand. But as you get closer it becomes apparent that there’s more to the building than that - the tower is the only unashamedly modern section, the rest being in a more traditioanl style reminiscent of many larger churches in England. It’s got a colourful history; construction began in the 1920s and continued in fits and starts until it was finally completed in the 1960s. In between came wars, economic woes and a major redesign after half the thing had been built. The end result is the melange of styles you see today, unusual and distinctive, whatever you might think of the colour scheme. 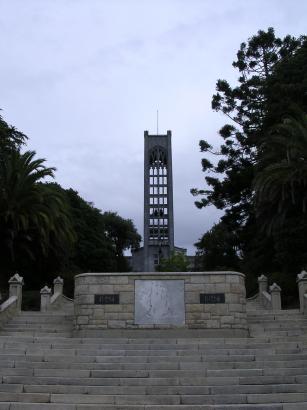 The city is better appreciated away from its centre. Just on the edge of town is a hike to a hilltop advertised as the centre of New Zealand. Apparently it might not be so, but there good views to be had of the harbour, the city and the lands beyond. 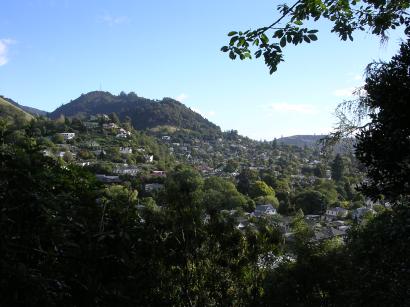 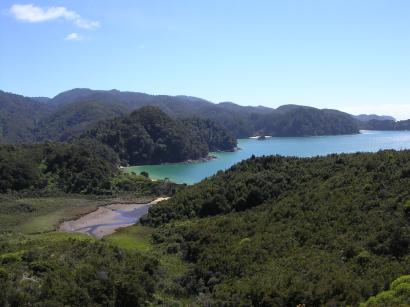 Rather than do one of the trips out to the Abel Tasman from Nelson we decided to get the bus out to Marahau, right on the edge of the park, and go walking independantly. We were never going to do the multi-day walks as we don’t have the kit with us - at a minimum you need a sleeping bag and cooking gear - but we wanted to get some walking done, so it seemed sensible to be as close to the park as possible. 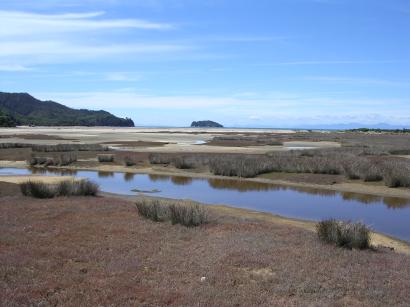 The Park didn’t disappoint - for once we were somewhere which actually looks like the picutres in the brochures. It probably helped that the weather was good, but the Abel Tasman really is beautiful. The tracks are well maintained but not too big, and although it’s a popular place and there are plenty of people around it is still quiet enough to feel like you are away from it all. The beaches are wide and golden and the sea is a beautiful clear aquamarine. 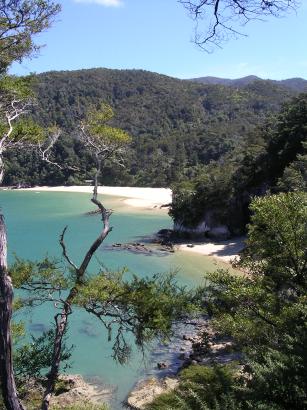 A pleasant way to see a bit of the park if you don’t plan on camping is to get one of the water taxis to drop you off a few miles up the coast and spend the day walking back. It’s a good compromise and you get to see a fair bit of the coast. It’s an easy walk if you stick to the coastal track and the bush provides plentiful shade from the sun, although there are plenty of opportunities to soak up some rays on the beaches if you stand the sandflies. 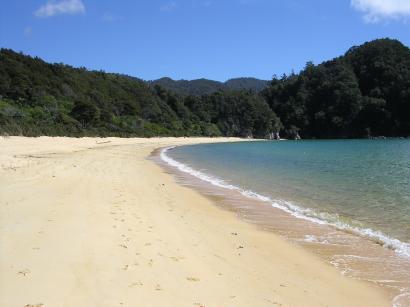 The park is beautiful at night, too. The moon over the tidal flats at Marahau was particularly cool, bringing out lots of colours that my photography doesn’t really do justice to. 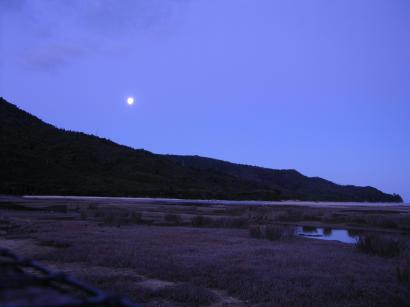 It’s beautiful, well worth a visit. Already, the South Island is living up to expectations.