Despite the rain, which was fairly constant, a fair number of people turned out for the first day of the Cuba Street Carnival on Saturday. Respect to the Kiwis for persevering in the face of adversity - the terrible weather of the last few weeks would be enough to put most people off, and the looming threat of Cyclone Iris should have been the final straw. 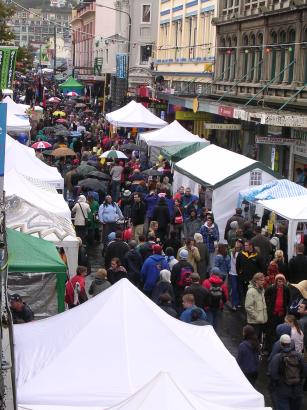 As it was, it rained for most of yesterday but the winds weren’t too high (except for a brief spell in the late afternoon). The rain even managed to hold off for long enough in the evening for the procession to pass off successfully, so someone up there might have been listening to the increasingly frantic prayers of the organisers - not only did the rain hold off, enough people had stuck around to ensure there was an audience! 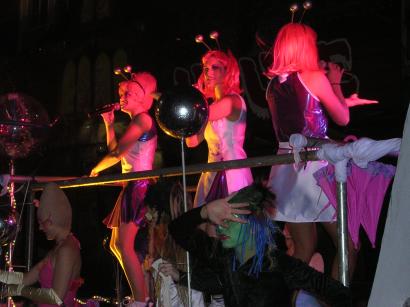 The Carnival is the usual mix of stalls, bands, street performers and the like. Saturday is crowned by the procession and all the floats. Plenty of people take the opportunity to dress up in weird and wonderful costumes, although these were mostly hidden under umbrellas and raincoats yesterday.

Here’s a few more images from the procession. Most participants were dressed as women, whatever their gender. I’ll leave the task of deciding who’s who as an exercise for the reader. 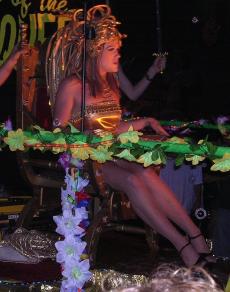 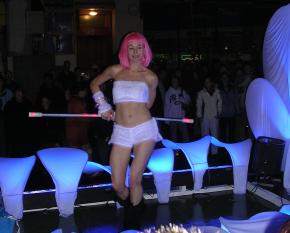 There’s more on today, and so far it isn’t raining!