The Karori Wildlife Sanctuary (now known as Zealandia) is 252 hectares of regenerating native forest surrounded by a predator fence designed to keep mammals away from the re-introduced native birds. It’s an impressive undertaking in a beautiful spot and a great place to spend a few hours. The Sanctuary is criss-crossed with walking tracks and visitors are encouraged, making humans the only mammals for whom the fence is no barrier. It’s big enough to find some quiet here even over a holiday period - there are plenty of tracks that will take you away from the more popular areas of the park if you desire a bit of seclusion. 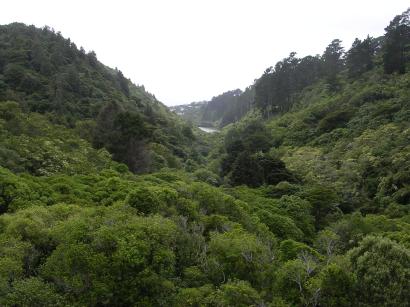 The fence is interesting. A little way into the park are a series of weather-proofed information boards describing the design process, apparantly there’s no fence quite like it anywhere else in the world. The list of beasts whose names aren’t down and need to be bounced ranges from dogs, cats and possums to mice and stoats. All of these species impact upon the local birds in one way or another and whether it be direct predation, a taste for eggs, or a more general impact, they have all been deemed unwelcome in Karori. 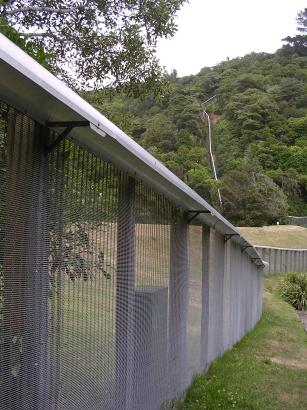 While fence-design research was being conducted, lots of remarkable animal capabilities were measured in fine detail, including the fact that baby mice can squeeze through gaps 8mm in size, that domestic cats can vertically jump up to 1.5 meters, and that the ability of rats to get anywhere hasn’t been over-estimated over the years (see below). 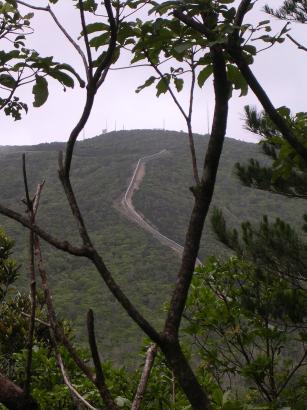 So they built an impressive fence that stretches all the way around the park. The fence is also a fire-break, as the vegetation on either side has to be kept back several meters to prevent possums (the bane of many Kiwi animal-related conservation projects) from leaping from tree to tree over the divide. All that is missing is the minefield, but they have a mountain bike trail instead.

A military analogy wouldn’t too strained, however. The fence is patrolled, as rats keep on showing just how much smarter they are then humans by beating even this custom built and thoroughly researched barrier. There are bait and traps everywhere you look, wooden boxes a metre or so long containing dye-soaked pads so that the rats leave little footprints that can be taken for an almost forensic examination by the parkies. Any incursions must be dealt with quickly, for fear that the rodents gain an unassailable foothold. Talk about a state of perpetual warfare.

This is where the ideology of the project meets reality. The best that can be hoped for is a constant stalemate as the mammals, championed by the rats, have already prooved that they are far more robust than the failing avians of Aotearoa. Not that this should be taken as an argument against conservation, efforts such as this are admirable and deserve our support, but in the long run I suspect that they are doomed unless we can do something a bit more radical than building a fence, however ingenious. 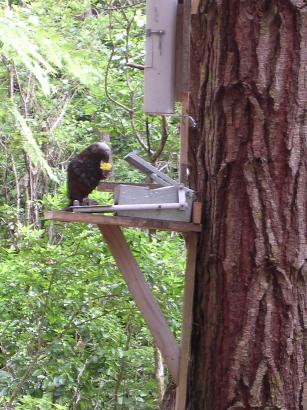 Not a cheerful prognosis, I’ll admit - and since it comes from an observer with no experience in the fields of conservation, ecology or even biology more generally, you can be forgiven for disregarding it. I wish the staff at the park every success, and hope that the Kakas I saw feeding in the forest have a long life and produce many chicks, but when we’re gone, the rats are gonna move back in. The damage has alreay been done and, without a some fairly radical changes in our ability to manage the “natural” world, it’s going to stay done.