It’s a beautiful day here in Wellington - a nice surprise as the weather hasn’t been so great over the past few days. After breakfast we hiked up through the Town Belt to Mount Victoria lookout in an attempt to walk off a mild hangover from the traditional Christmas Eve over-indulgence. 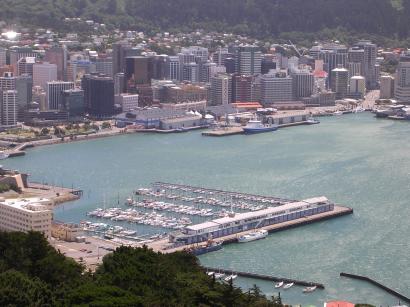 The views over the city and the harbour are worth the trek up the hill. The wind was pretty fierce though, and I didn’t envy anyone doing the crossing today on the Inter-Island ferry we saw departing the port. 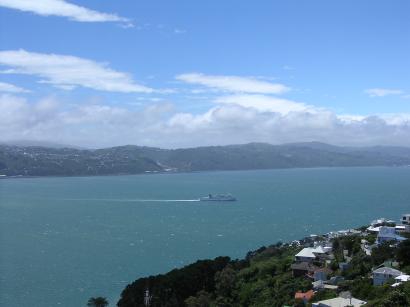 On our way back we walked along the sea front at Oriental Bay where there were a few people relaxing in a suitably festive manner on the new and improved beach (which hasn’t quite washed-away despite some predictions and has been the subject of some fascinating controversy over municipal spending priorities). 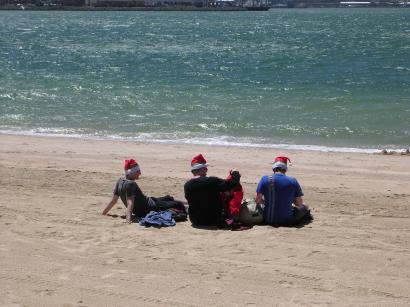 It really doesn’t feel like Christmas Day, despite all the decorations, Santa outfits and our own best efforts to be as festive as possible (can’t have a roast, though - the oven here is broken, so we’re going native and having lamb and fried kumara instead). I think that it’s the climate. Even though I’ve spent Christmas in hot places before, I think there’s something hardwired into me that just can’t quite believe that it’s the right time of year. Ungrateful it might sound, but part of me does pine a little for a bit of frost (cue cries of disgust from friends and relatives back home). OK, well, maybe not that much. Have a good day, wherever you are.