We’ve been in New Zealand a week now, and I’m just starting to think that I’ve finally got over the jet-lag. Woo-hoo!

Impressions of Auckland varied from day to day, depending on where we were and how tired we were feeling. At first, neither of us was particularly impressed, but we warmed to the place over time. I think our initial reservations were based in part on the fact that we arrived at the beginning of the Labour Day weekend – the city was uncharacteristically quiet, and we found ourselves wandering the streets wondering where everyone was. Things livened up a bit when the normal week resumed. 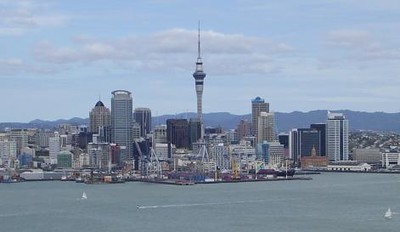 The highlight was probably Auckland Museum, which is also a war memorial (and was in fact initially built as one). It’s a neo-classical building situated at the highest point of the Domain (the city park). It holds a lot of good Maori and Pacific Island exhibits, most of a floor devoted to the subject of New Zealand at war (in keeping, I suppose, with the building’s origin as a war memorial) and a fantastic set of rooms devoted to the geology and biology of the islands. All of it is interesting, well laid out and obviously designed with cross-generational appeal in mind – as evidenced by the stream of noisy school parties that kept us company during our wanderings through the halls. 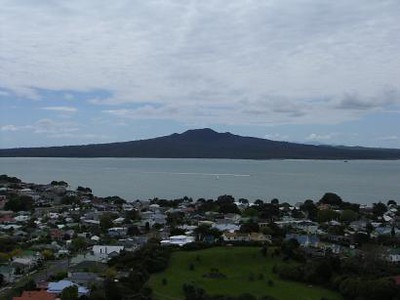 The suburb of Devonport on the north shore of Waitemata Harbour, opposite the central business district, is another spot worth visiting. A network of streets lined with old buildings surrounds the remains of a volcano called Mount Victoria which provides great views of the city. It’s from there that these photos were taken. There are lots of little shops selling books and souvenirs and knick-knacks as well as plenty of cafes to sit and eat in .

I’m sure we saw only a fraction of Auckland in the few bleary days we spent there (in addition to the above we checked out the K’ Road, Ponsonby and Parnell, each of which was cool in it’s own way), but we didn’t come to NZ on a citybreak. So we’re off into the hinterlands before our cash runs out and we have to head home or get a job. Still, we’ll be back so if anyone surfs across this page and has any Auckland suggestions, then please leave a comment!