This is very much a lazy Sunday afternoon sort of post. Since we’re leaving town next week, we’re trying to visit a few of our favourite haunts at the same time as pack and clean up and organise all those things that need to be organised before a move. 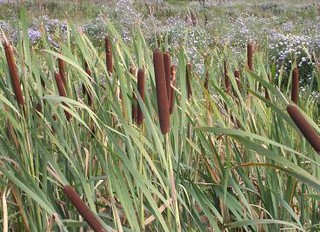 One of those places is Walthamstow and Hackney Marshes, an area criss-crossed by paths, canals and the River Lee. Not to mention the sewage works, railway lines and pylons – this is London, after all – but the intrusion of the city proper into the marshes doesn’t detract from their value as a place to come and get away from busy roads and litter filled streets. 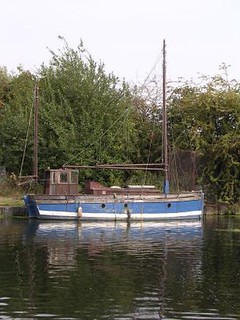 The river and the canals are always filled with geese, ducks and swans swimming between the narrowboats and clustering around the occasional canal-side cafe or pub in the hope of scraps. The paths across the marsh and alongside the waterways are well maintained and good for cycling or walking, wide enough for all to enjoy without feeling you have to keep a constant look out for other people. 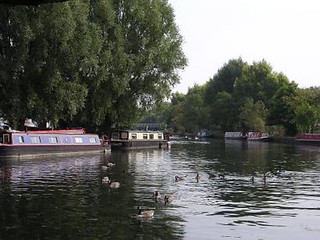 There’s a marina filled with boats of all descriptions, many of which are scrupulously cared for narrowboats that people appear to live in. There are places to stop with picnic benches. Recently a small group of cows were introduced onto part of Walthamstow Marsh, so there’s plenty to look at and you almost feel as though you’re not in the city any more. 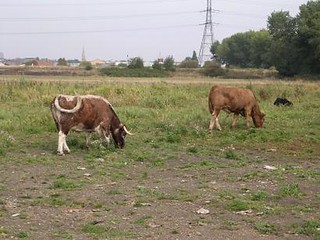